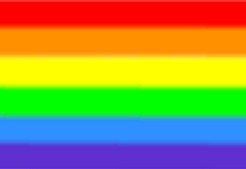 When this tape series was originally created, homosexuals was a mostly acceptable word to identify the lesbian and gay communities. Bisexuals were mostly ignored (“when are they going to come out of the closet”). Transgendered were barely on the radar and queer was considered a derogatory term, like the N-word today.

In the years that followed, LGBT was the preferred reference, covering lesbians, gays, bisexuals and transgendered/transsexuals (it was still a little confused).

So, for this series, we are using the terms homosexuals (in the broadest sense) and LGBTQ – lesbian, gay, bisexual, transgendered and queer/questioning – to refer to the community.

I know some will be uncomfortable with these choices. Our apologies.

Study notes are available for this series.